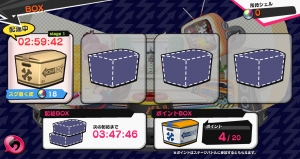 Fight Club features really streamlined fighting game mechanics on the mobile. While it does not feature complex combos, this is a game about attack timing and kiting (i.e. the judgement of range between a player and the enemy). Player characters will automatically be moving towards the opponent. The right half of the screen area allows the player to use an upper or lower attack. Holding the attack will unleash a stronger blow, hitting the enemy further away. At the far end of each player’s side lies an electrical fence which zaps away the players’ health. The left half of the screen area allows player to defend or dodge backwards.

Fight Club features more westernized monetization where winning matchmade matches will grant players a loot-chest. It usually takes a few hours for the loot-chest to unbox itself, providing players with funky cosmetics to suit-up for combat. Players may choose to pay the premium currency to shorten the unboxing duration. Will this simple fighting game have potential to be recognized as a mobile E-sports title? Try it out for yourself!

The Powerpuff Girls Smash – Fighting Crime Trying To Save The World

The Powerpuff Girls Smash – Fighting Crime Trying To Save The...