Sega has just launched their latest Pirate themed mobile game, Sen No Kaizoku. The game is now available on the Japanese App and Play Store. Want to be a Pirate? Read on to find out more!

Sen No Kaizoku is a Pirate themed game with a mix of city building and turn-based navel combat. Players will need to organise a fleet made from a variety of Pirates (Range or Melee). Each Pirate has it’s own unique skill thus organising them according to the stage requirements is vital to secure a victory. 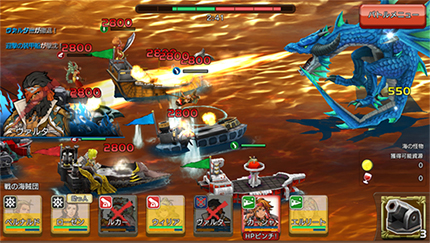 I know some of the artstyle might resemble One Piece but the game is nothing like it. As for the storyline, it’s about a famous Pirate Song that logs the Journey of the Legendary Pirate Jayce and his treasures. Many people believed that it’s only a Myth however, there are those who believe that it’s a real legend. Thus, begins our journey and quest to find the treasure.

As a modern turn-based Mobile game, combat is mostly automated while players will able to cast skills and shoot cannonballs on your enemies. I really like how your characters will to jump over onboard the enemy ship to engage in melee combat, while those Pirates who’s ship has sunk, have to swim across the sea to get to your ship. 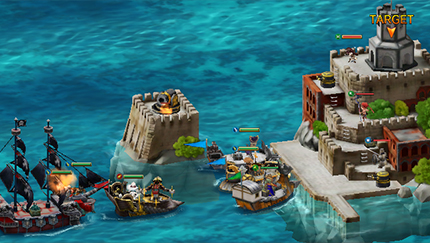 The game is out now on both iOS and Android. While I’m still busy rerolling for my 5*, check back here again for my friend code and gameplay video!

The God of Highschool – Global Launch

Dragon Quest The Adventure of Dai: A Hero’s Bonds – CBT...